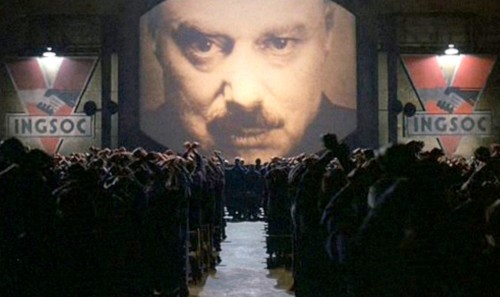 You’re Just Not That Interesting

OMG, did you hear? The CIA spies on people.
OMG, that’s out-RA-geous.

It’s been a busy news week, but of course, most have been over the last 2 years, as we’re hit left, right, and center with an onslaught of information, news, events, leaks, interpretations, lies, and conspiracy theories. Which one gets the attention is YOUR choice.

One that certainly got attention is the one that scares the bejeebus out of most people, because, frankly, we’re insanely self-centered. That’s the one about Big Brother watching, through your television, your phone, and “wire tapping”, brought to you by the data dump leak of spy tactics and tools through internet connected devices.

We want our privacy. We demand our privacy. How DARE [insert your preferred scapegoats name] step on my rights as a private individual without my permission!

Yeah, they had your permission. You probably willingly, happily, and out of convenience, handed over permission.

The news that our TVs and other devices can “spy” on us isn’t new information. Last year there was a huge hoopla over the IoT (Internet of Things) and having access to watching, monitoring, and capturing data. Think about it, how many lawsuits have there been about schools accessing cameras, audio, and video on laptops students use?

All the information you put into a device to monitor and track is, well, monitored and tracked, and used as big data, so … it’s not “just” the CIA or IC (Intelligence Community) that can use that info. In fact, companies use it.

Is your SmartTV watching you?

Are you privileged enough to have one, to be able to afford one, and to have it set up properly? Did you read the instructions and the onscreen warnings, and click through? Did you login, set up passwords, and such? Did you read all the show cards that flash by at the end of episodes and all the FCC notifications that get posted, mailed, and published?

I know, you’re going to say publicly, “Of Course, because I CARE about the privacy and protection of my family.”

But you didn’t. Because you’re reading this article, and because NO ONE READS ALL THAT SHIT.

Are other programs, apps and technology monitoring you?

Do you use SnapChat, Facebook, Facebook Messenger, Text programs on your phone, any app, anywhere? Guess what, you approved being monitored. (Read more about that here, especially if you like those fun surveys!)

Look up right now. If you’re on a laptop, do you have your camera lens covered? How about your microphone? No? Then take a moment to wave and say Cheese. C’mon people, we’ve been talking about this stuff for years, so don’t feign shock now. Even Mark Zuckerberg has his covered!

Honest to god, this shit is simple and obvious, and has been discussed publicly for years. But the question you keep asking is, is big brother watching? Oh probably not. Is big brother collecting data? Hell yeah, and so is little brother, crazy uncle, that cousin no one talks about, and the neighbors. How? Because you let them. 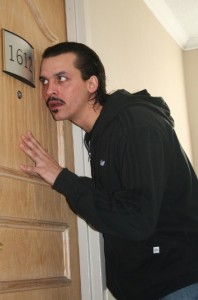 Some reports about the spying tools and techniques used the term “snooping” to describe what these tools were used for. Snooping? Hardly. The CIA doesn’t snoop, they SPY. That’s their job. And as a reminder, the CIA doesn’t spy on US Citizens. They’re not allowed, by law. They SPY on foreign entities. Yes, even if they’re in the US. All countries do, not just ours. (The FBI is the one that spies/investigates within the US, and if US citizens or residents are involved in an investigation, the FBI is the one that follows up within our borders.)

But, but, but … wiretapping, listening in, collecting phone data …. It’s all over the news, they’re wiretapping buildings, people, HERE! Nope.

Using the current news topics at hand to explain, the CIA might possibly have had a FISA warrant on two Russian banks. Those are Foreign Entities. A FISA warrant is a warrant issued in accordance with the Foreign Intelligence Surveillance Act of 1978. Notice the use of the word FOREIGN? That means effectively, NOT OF THE USA. Where those banks have servers, say, if there were servers in Trump Tower, is immaterial, because the warrant is on the banks, not the building. Now, rumors are that a warrant might also include rights to monitor individuals who access and interact with the banks, regardless of nation of origin, and might include US Citizens or residents, within or without our borders, but does not specifically name individuals. And not targeting individuals, or specific buildings. A FISA warrant allows the US IC (Intelligence Communities) to monitor and record any interactions covered within the scope of the warrant. This is all LEGAL. 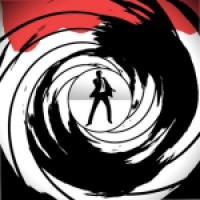 Another example is standard spying, otherwise referred to as Trade Craft. This is just regular, non-specific monitoring of foreign entities. It’s done all the time. It’s done across borders, of foreign players. Take, for example, another news item, that of Michael Flynn possibly being recorded on a phone conversation with a foreign (Russian) official, one known as a spy. The FBI cannot listen to conversations of US Citizens without a warrant. No matter who makes the call.

The IC of our country and others regularly monitor (SPY) on any and all calls going in and out of specific embassies, regardless of location. So, say, if there were, perchance, a Russian Embassy in Washington DC, there’s a good chance that every single call on those lines are monitored and/or recorded by any number of countries at any given time. (If you don’t believe me, look up your local Russian Embassy, call them, and ask them anything. Then wait. See how long it takes for the Feds to show up and ask why you called.)

In that particular instance, however, since it occurs within the borders of the US, if a US Citizen comes on the call, the FBI must disconnect their listening activities, and cannot review the transcripts provided by another country, UNLESS THERE IS A WARRANT. That’s the law. The CIA does not have that limitation outside our borders, nor do the IC of other counties, who regularly share this information, and provide transcripts.  That’s the nature of the international Intelligence Community. That’s the nature of working together against a common threat.

We could all learn from them.

So should our IC community use all readily available resources to track, monitor, and keep us safe? Uh, yes. Should they use it for nefarious reasons? No. The question becomes what’s nefarious. And who gets to decide.

We could talk about spy tactics and uses we all have heard about from movies, spy novels, and leaks. We could have a nice discussion about Wind Talkers, Code Breakers, or satellite tracking of alarm systems in rich neighborhoods that likely have video tape of OJ killing Nichole and Ron but could not be used in court because of legal privacy issues. (⇐ !!!!!!)

But chances are you’re not even remotely concerned about this. You likely got thrown because of the word, or the idea, of snooping. Since the information released related to the CIA tactics, it does not directly relate to you and your TV, or your fridge, or your Fitbit. Professionals in Intelligence and Law Enforcement, are, after all, professionals, and don’t snoop.

Well, actually, in reality, some kinda sorta do.

So do your local cops (you can bet there’s at least one guy who runs background checks on his daughter’s boyfriends!), and your friendly FBI office (in NY) and get dirt on people. We call those people who abuse their power CORRUPT. (No, it doesn’t mean we don’t support law enforcement, or hate on them, it means we don’t like corruption, and neither should you. Any suggestion that being against corruption equates with being against law enforcement in itself suggests support of corruption. Shame on you.) People suck, but not all. But in the past, they could capture and listen to EVERYTHING legally, just as they do now, but could not use it in a court of law.

They watched then, they did background checks, they looked up your license plate, they tracked what you bought, they tracked who you called. The very nature of the business of living leaves trails, and those are captured.

Read more about that here, especially if you like those fun surveys!

So … are you being watched?

It’s not likely. But you ARE being tracked. 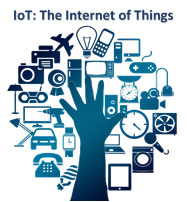 Be more concerned about the local PD or teenage hackers weighing 400lbs in the basement, because yeah, they’ve upgraded from Ham radios and CBs to listen in. (Nothing new to see here, been going on forever.)

Remember, don’t be concerned your fridge is telling someone, somewhere, what your favorite, most devoured Greek yogurt is, or that you just buy it for show and keep eating ice cream. (eventually your doctor will know, just as they will be able to log into your Fitbit to get the real answer to “are you exercising enough”).

Otherwise, you’re just not that interesting. None of us are.

But if you’re an asshole, or say, colluding with a foreign government to destroy a democracy, well, then, yeah, perhaps you should be sweating a bit.

Oh, and we’re not there yet, but I’m super duper excited about the leaked info that apparently microwaves are on the verge of being able to take pictures! Does that mean that the Boy Scouts will know we don’t actually MAKE their microwave popcorn because it is, well, horribly inedible? Maybe they’ll update it so it is palatable without us having to tell them and be, you know, rude. 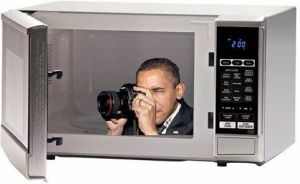 Read more about who’s tracking you and how, especially if you like those fun surveys!